The Times, May 2, 2022 Event Russian state television has issued a chilling warning that Moscow could wipe out Britain with a nuclear tsunami in retaliation for supporting Ukraine. In his Sunday evening primetime show, the Channel One anchor Dmitry Kiselyov said a strike by Russia’s Poseidon nuclear underwater drone could turn Britain into a […]

In the springtime it’s easy to see God’s love

It’s natural to feel good on a lovely day, surrounded by beauty, and to feel not-so-good on a dreary day. Which ought to make us pause, because what comes “naturally” generally comes from the flesh and we should consider it suspect. The seasons change, everything in creation changes with them. But the Creator who originated […]

Event U.S. President Joe Biden said for the first time on Tuesday that Russia’s invasion of Ukraine amounts to genocide, a significant escalation of the president’s rhetoric. Biden used the term genocide in a speech at an ethanol plant in Iowa and later stood by the description as he prepared to board Air Force One. […] 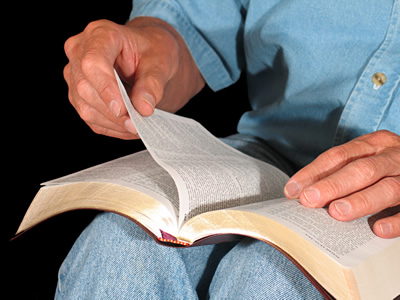 We always pray … that our God may make you worthy The first two chapters of Paul’s second letter to the Thessalonians have some awesome thoughts. Today, more than ever before, we live in a herd environment, a human herd. Mass advertising in a great variety of media confronts us hour after hour, this creates […]

Sergei Lavrov the Russian foreign minister has provoked outrage in Israel by asserting that Adolf Hitler had “Jewish origins” and that Jews were the worst antisemites. Israel has been operating as a mediator between Ukraine and Russia as it has ties with both sides.

A month of focused fundraising to help those who are in real need this May  Dear Ambassadors In May 2014 Meal-a-Day began a fund-raising initiative called “MayWeEat” when for a whole month we focused on raising funds to help those who are really in need. Because of its success, we have run it every year […]

The Telegraph, April 28, 2022 Event Vladimir Putin has warned the West that he will use nuclear weapons if any other country intervenes in his war in Ukraine.  Speaking to politicians in St Petersburg, the Russian president said that “if anyone sets out to intervene in the current events from the outside and creates unacceptable threats for […]

“God who knows the heart …” Today we read about a conference of a serious nature that took place in Jerusalem among the disciples and other principal brethren; it was about problems that had arisen among the believers. Some of the Pharisees who were now believers in Christ were saying that the Gentiles whom Paul […]